Nearly every school reports suspension data at the end of the year. If improving academic outcomes is on your list of goals for next year, don't just send your suspension data to the state; use it. 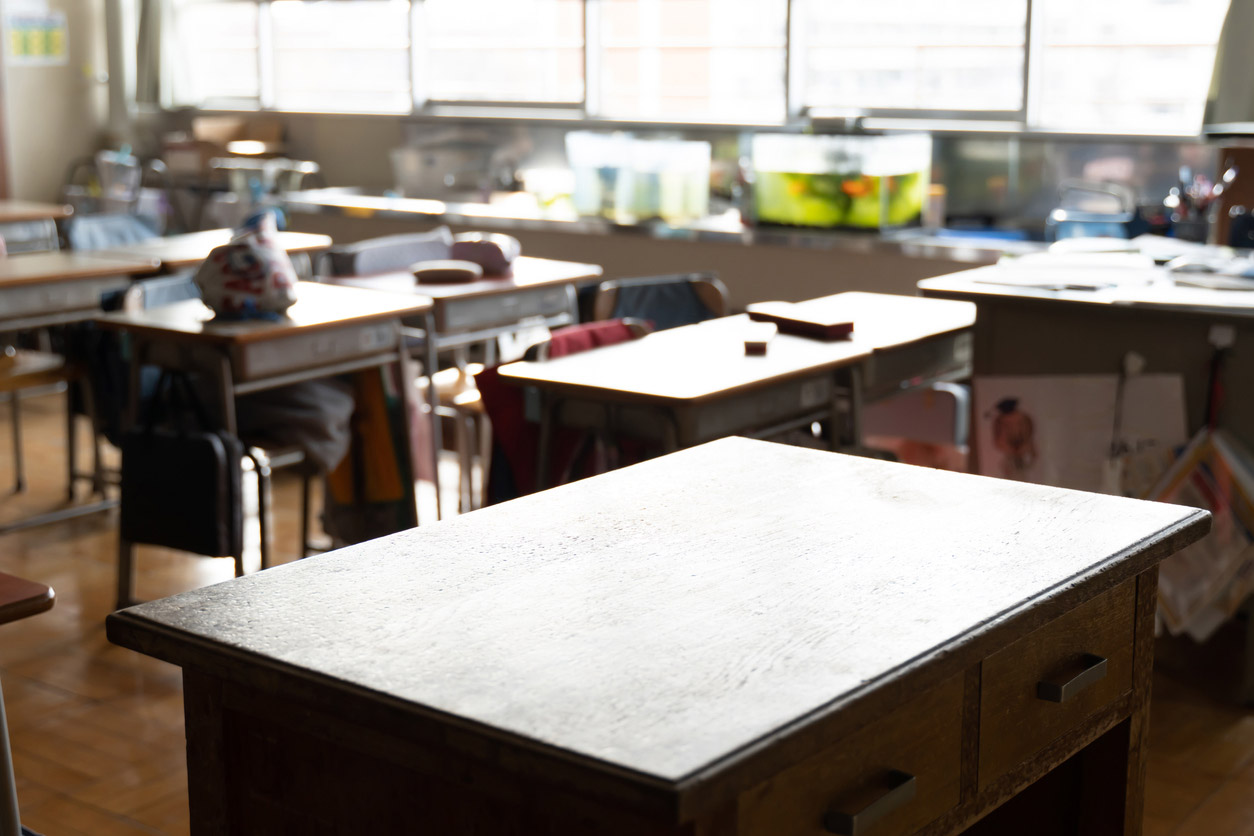 You're in the thick​ of testing, grading, and just trying to keep moving toward the last day of school. Someone in your building is also compiling data to send to the district or the state for year-end reporting. These reports are mandatory, but they have good stuff in there you can use as you create your action plans. Nearly every school reports suspension data at the end of the year. How many your school issued, the number of students involved, and the number of days suspended. If improving academic outcomes is on your list of goals for next year, don't just send your suspension data to the state; use it.

What do suspensions have to do with academic outcomes? In a word: Everything.

​​The National Longitudinal Study of Adolescent and Adult Health (Add Health) is an incredible set of data following students enrolled in middle and high school in the 1994-95 school year. These students took a survey that first year and then took it again in 1996, 2001-02, and finally in 2008 when they were between 24-32 years old. Included in the survey are questions about their physical well-being, contextual data about family, neighborhoods, and friendships, and ways to link adolescent behavior to achievement outcomes. Janet Rosenbaum identified 480 students from the giant dataset who got their first suspension during the 1994-95 school year.[1] She matched these 480 students with 1,193 students who were exactly like them with one exception: These 1,193 students were never suspended. Ever. She compared the trajectories for both groups and here is what she found:

Five years after their first suspension, students were 8% less likely to earn a high school diploma and 40% more likely to have been arrested than their non-suspended peers with similar backgrounds.

It’s at this point you might think: These 480 students were always less likely to graduate and more likely to interact with law enforcement; what does their suspension have to do with any of it? Rosenbaum’s analysis suggests it’s precisely that first suspension that led to lower academic achievement and increased negative consequences as adults.

Suspensions don't get you the academic goals you're after and they definitely don't teach student show you want them to act in class.

Schools issue suspensions. How can you know if your school issues suspensions more often than others? The table below comes from the School-Wide Information System (SWIS) for the 2016-17 school year. Because these averages are given as per 100 students, you can use them to calculate what an average suspension rate for a school your size should be.

Let’s say you’re an elementary school with 576 students enrolled. According to these data, you could expect to see a total of 19 out-of-school suspensions (OSS) issued over the course of the year and roughly 13 students suspended for a school your size.

What do your OSS data look like? As you work together as a team, ask yourselves these questions:

If you look at your school’s suspension data and you find yourself creating an action item to use it less, here are some tips to get you started.

Don’t Assume Everyone Agrees to Use Suspension Less

It’s an easy assumption to make that everyone is interested in keeping students in class rather than excluding them from it. Don’t we all want that? The reality is: If you have a lot of suspensions happening in your building, that particular consequence must be working for someone…and that someone is likely to be the adults you’re working with. Before you dive into implementing alternatives, make sure the majority of your school agrees to the idea.

If there are several people who aren’t sure this is something they’d like to pursue, ask them why. What access to instruction do suspended students get when they aren’t in class? How does suspending students teach them appropriate behaviors? Be honest with each other in your conversation. When there are lots of problem behaviors happening, the quickest way to address it is to send a student out of the room. Maybe you get a sense of relief. However…the relief we adults get when we remove students from our classrooms is temporary. Students come back to class farther behind academically and are more likely act out to escape the work they don’t understand, which could get them suspended again. Suspensions don't get you the academic goals you're after and they definitely don't teach students how you want them to act in class.

Get Back to Basics

A strong foundation of school-wide practices will make implementing new strategies so much easier. Make sure your action plan for reducing suspensions includes items to:

Teach students the behaviors you expect from them

Start the upcoming school year off by teaching every student how you expect them to behave. Pay particularly close attention to the way those expectations work in classrooms throughout the year. When you see someone doing the right thing, let them know. When you notice someone doing the wrong thing, take the time to remind them of those expectations.

Clarify with all staff which behaviors are classroom-managed and which warrant a major office discipline referral (ODR). During the 2011-12 school year, nearly 20% of the schools using SWIS issued an OSS for a minor, classroom-managed behavior. Consequences for minor behaviors span a continuum with removing students as the last possible option. Teachers need to use every good classroom management strategy they know before sending students out of the room.

Identify Effective Practices to Use Instead

Reducing suspensions doesn’t mean you're now implementing a zero-discipline model. You still need to hold students accountable when they make mistakes. If suspending a student for their behavior is something you would have done last year, what could you do instead? A growing body of research suggests restorative practices are effective alternatives to suspensions.

A restorative practice is anything that puts repairing a relationship above the need to assign blame or dole out a punishment. It creates an inclusive climate rather than a punitive one. It gives students the space to say why they did what they did, to own up to their fault in what happened, and to strategize how they’ll do things differently next time. Maybe this sounds like a utopian solution where everything is pop tarts and rainbows, but these practices actually create schools where students are valued members of the community and everyone has equal space to be understood.

Listen to what students and educators from New York City’s Restorative Justice Initiative had to say about how these practices work for them:

Your school likely does some form of restorative practice already without calling it that.

These are informal examples of restorative practices. How these strategies look in your building can vary from small conversations all the way to formal restorative circles and peer mentoring. The concept is the same: Teach students the impact of their behavior and help them develop better ways of handling the situation in the future.

It would be a gap in this post if we didn’t address the disproportionate way students of color get suspended compared to their white peers.

The Office of Civil Rights recently released the Civil Rights Data Collection (CRDC) report for the 2015-16 school year. The CRDC measures several factors impacting student access to equitable education in US public schools. Included in the report is a section specifically highlighting the way schools use OSS as a consequence.

More than 96,000 schools filled out the CRDC survey in 2015-16 representing 50.6 million students. According to these schools, about 2.7 million students received one or more OSS over the course of the school year. Here is how those suspensions were distributed across race and gender:

Reducing suspension as a consequence is important. Ensuring equitable discipline is the goal. While you’re working to use suspension less, add an action item to ensure you’re suspending all students less and to keep a vigilant eye on your overall referral rates.

These tips are just a start. Suspension works as a consequence primarily for us adults. Getting students with problem behaviors out of our classrooms temporarily relieves our stress. Think about what is does for our students. The data continue to show suspensions set students back academically and don't work to teach them the behaviors we expect to see in our schools. As you generate the suspension data for your school's end-of-year reporting, take the time to calculate your averages and compare the numbers nationally. If you think you could lower your reliance on that consequence, add it to your action plan and start strategizing now how you'll do things differently next year.

Ep. 23: How to De-escalate Student Behavior