​Team Initiated Problem Solving (TIPS) co-author Anne Todd gives 5 things you can do right now to get more out of your team meetings.​ 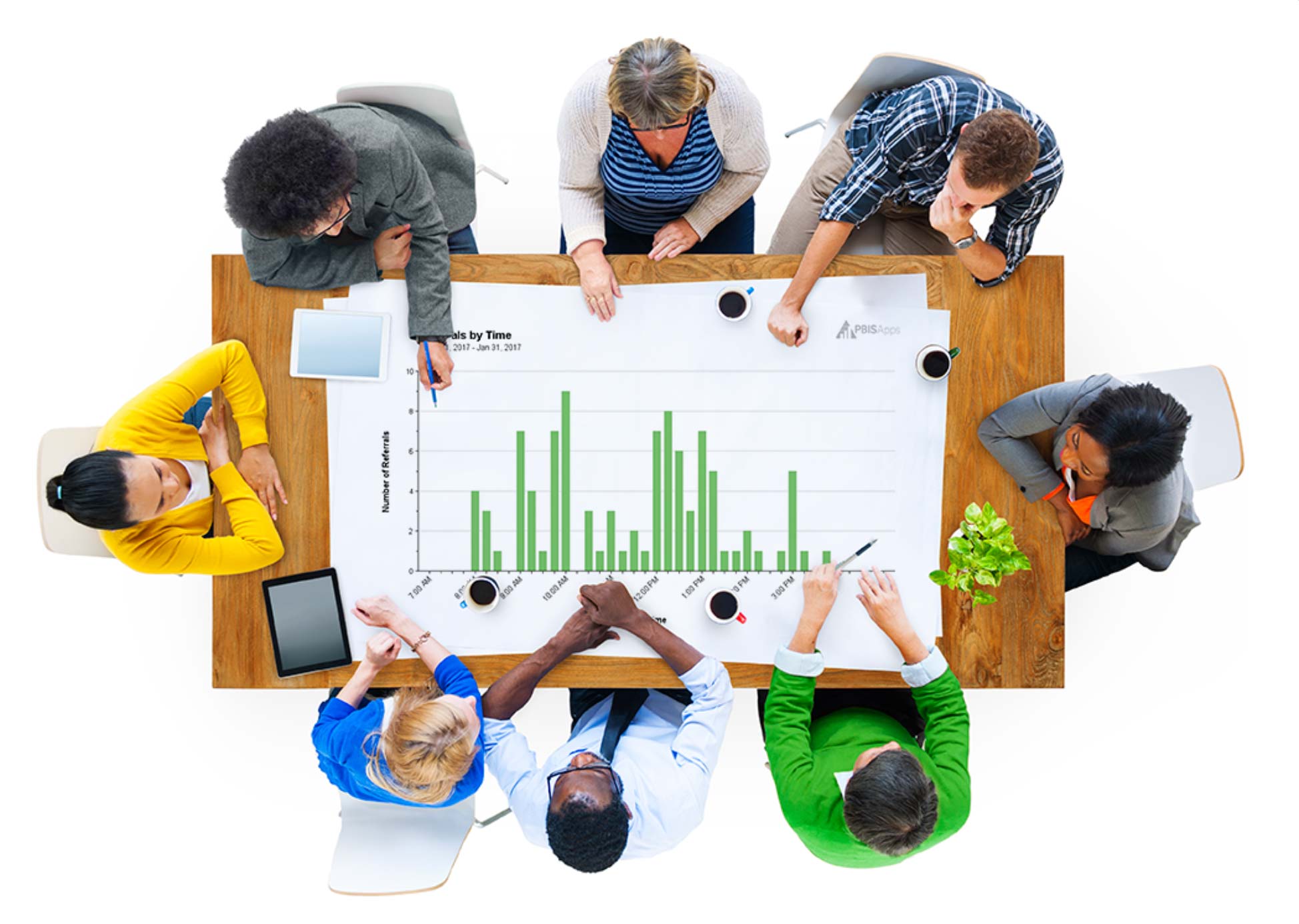 Get the Most Out of Every Meeting with TIPS

We all make decisions every day. Ideally, the decisions we make are informed by facts. Using data to make decisions is critical as we get to the root of a problem; it’s also a central reason why we developed SWIS in the first place. From the first person trained to the last, we expect SWIS facilitators to guide teams to use referral data to make better decisions. We assumed it would be an easy fit into a team’s regular meeting agenda. Well, you know what they say about assumptions…

Did team members really know how to incorporate data in their decisions?

What actually happens during a typical team meeting?

Researchers from the University of Oregon and the University of North Carolina at Charlotte looked closely at how team-based problem solving plays out in schools to see if they could come up with a clear  model everyone could follow for improving the effectiveness of their meetings. That model became known as the Team Initiated Problem Solving (TIPS) model. TIPS co-author Anne Todd, described the beginning of the study this way:

“We didn’t want to come across as pretentious; it’s just a meeting. I thought: ‘The federal government wants to pay us to come up with a model for adults to make decisions?’ It seemed so simple. What we found was: The adults working together didn’t have clear, predictable routines for organizing their data for decision making. They had the data, but they didn’t know what to do with it.”

So, what is TIPS? Here's how it works:

​TIPS is a problem-solving model established within a standard set of meeting foundations. It’s a series of steps anyone can use to move from identifying a problem to implementing a solution. Schools involved across the eight years of research studies received coaching along the way to be sure they implemented the model the way it was meant to be implemented.

​Did TIPS make a difference? In short, yes.

On average, teams involved in the first four years of the study improved their decision making by 86%. They defined their problems with greater precision, used data throughout more of their process, and created more complete action plans than they did prior to using the model.[1]​

The funding for TIPS research ended its eighth and final year in 2016. The co-authors are wrapping up their findings on whether the model had an impact on student outcomes (spoiler alert: it did) and have a manuscript exploring those findings currently under review. Until we can read all about it, we sat down with Anne to find out what teams should be doing right now to get more out of their team meetings. Here are her Top 5 TIPS Tips for Teams:

1. Give the meeting a purpose.

Have you ever gone to a meeting and spent the first few minutes trying to figure out who’s running it and what you’re going to discuss? Teams using TIPS establish meeting foundations as their very first step. As Anne says, “The meeting foundations are really critical. They get agreement among team members about why they meet, when they meet, what decisions they’ll make, and how all of their decisions are documented.” Meetings should have a regular agenda format and every member should know their role. Ask your teams how they take minutes and where those minutes get saved so everyone can access the information later. Laying this groundwork will save your teams time and headache down the road.

2. Name and Train a Data Analyst

TIPS researchers quickly learned the team meeting typically was the first time anyone in the group had seen the data they were about to discuss. Team members would work together to analyze the information collaboratively and come up with ideas for defining the problem to solve. While that process feels inclusive, it also takes time. Enter the data analyst. This is the team member responsible for reviewing data before the meeting, looking for potential problems to be discussed, getting the issues on the agenda, and bringing the data to the meeting so everyone can follow along. The data analyst keeps the meeting focused on generating solutions rather than admiring the problem.

Just when you have the roles and process down, someone on your team inevitably leaves. Turnover in schools is real and getting a new person oriented to the process takes time. Do your teams have a system in place to keep the momentum going while bringing a new team member up to speed? Anne says, the key is to give every role a backup. Make sure there is at least one other person on the team who knows what another team member does.

During your SWIS Facilitator Training, you likely learned a key component of TIPS: defining the problem with precision. A problem is never fully defined until you can describe not just the what of the issue, but also the where, when, who, and why of it. Teams use Core Reports to identify the school’s current reality and to ask: Is there a problem? If you can’t find a problem, that’s not a bad thing; celebrate successes where you find them. If there is a red flag, it’s time to get precise. Take full advantage of the SWIS Drill Down Tool to look at the possible problem in context.

If you or the teams your support are the kind of people who like a visual for working through this kind of process, our PBISApps Training Team has prepared a SWIS Drill Down Tool Worksheet. Teams start with one red flag from the SWIS Core or Additional Reports and use filters in the Drill Down Tool to identify the context for the problem they’re working to define.

While the TIPS project is coming to an end, you have access to TIPS materials, right now! Head over to pbis.org. Take a look in the Data-based Decision Making section under the Topics menu. Toward the middle of the page you'll find a section called Team-based Decision Process and a giant TIPS graphic. Check out the descriptions, resources, and training videos! Here you’ll find video overviews, worksheets, training slides, meeting videos and more. Check it out!

Anne W. Todd has had a full teaching and research career focusing on systems, data and practices at all three tiers of support. A University of Oregon scholar since 1984, her passion is to move research to best practices that are feasi​ble, practical, and efficient. Anne teaches with excitement as she works with schools, districts and departments of education to adopt TIPS as a problem-solving and decision-making model for both social and academic student data.