7 Ways to Partner with Students and Level Up Your Implementation

Whether you find yourself starting at the bottom or you’re ready to level up, here are some ideas to incorporate student perspectives in your school. 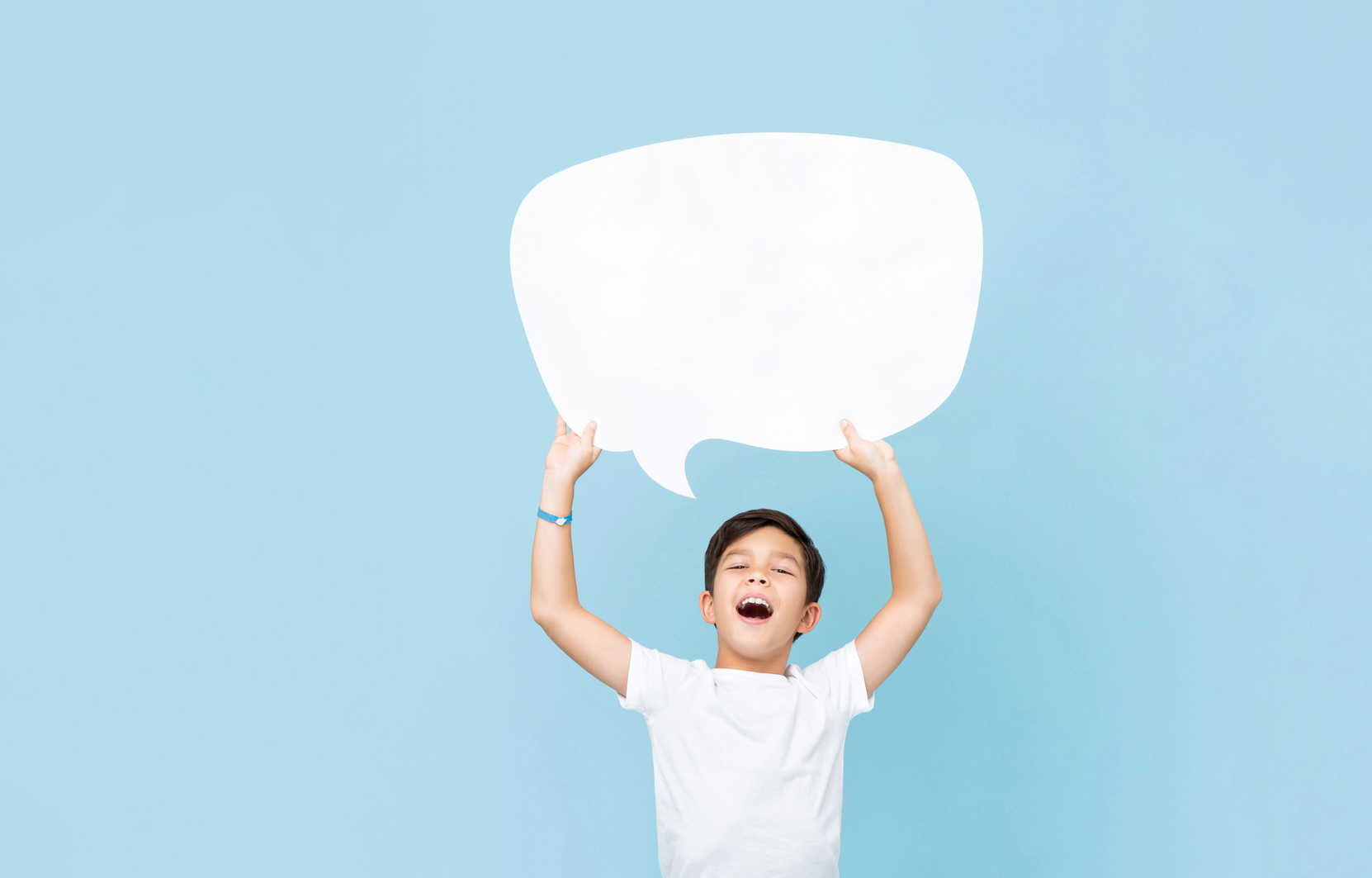 At the October PBIS Leadership Forum, presenters from across the country shared their experiences implementing evidence-based practices in their schools. During one session I attended, the presenter asked an ice-breaker question – just to get people using chat. They asked if there was a specific topic or practice folks heard about during the conference that they found most exciting. The chat lit up:

“Getting students involved in our implementation”

Involving students in their PBIS implementation struck a chord with folks. I had to go back and listen to those sessions. So, after the conference, I spent some time watching the recorded presentations.

I felt inspired listening to students talk about the impact education has had on their lives – both positive and negative. The way they supported each other to speak their truth in front of a bunch of adults was powerful. After hearing their stories and the impact they had on their school’s implementation, it’s easy to see how adding student voices to any decision-making group is a strategy many educators are moved to make.

What is Student Voice?

In their report, “Elevating Student Voice in Education”, the Center for American Progress defines student voice as “authentic student input or leadership in instruction, school structures, or education policies that can promote meaningful change in education systems, practice, and/or policy by empowering students as change agents, often working in partnership with adult educators.”[1] To include student voice in any process means making decisions with students rather than for students.

Why is Student Voice Important?

We could operate from the assumption that students come to school as empty vessels waiting to be filled with knowledge…or we could recognize students come with life experiences and knowledge that make our schools more vibrant, communal spaces. When we ignore student voices, “our students feel alienated, anonymous, and powerless, so they disengage from school entirely. When they disengage, students have lower self-esteem, lower academic achievement, and higher dropout rates. [2]

Want take a guess at what student engagement looked like when they broke the poll’s responses out across grade levels? Something like this.

By including student voices and perspectives in your decision-making process, they feel more empowered, more connected to their school, and start to think more critically about the systems around them. Even adults say working with young people had a positive effect on their own development and contributed to the overall effectiveness of their organizations.[4]

How Do You Embed Student Voices in Your Implementation?

As with most initiatives, the extent to which you embed student voices in your processes can vary. Researchers suggest schools often utilize student voices somewhere along a continuum “that moves from using students as simple data sources to empowering students to lead the research team that defines and directs school reform efforts.”[5]

When I think of a continuum, I think of a line between two extremes describing how something doesn’t have to be wholly one side or another; it can exist somewhere in between the two. In their example, Cumings Manfield and Welton describe their continuum as a pyramid with five levels. (They don’t offer up ideas for what the 5th level might entail, but it’s there to remind us there are more possibilities for increasing student involvement in schools.) As you move along the continuum, or up the levels, students take on more and more of the responsibility and authority over decisions. Whether you find yourself starting at the bottom or you’re ready to level up, here are some ideas to incorporate student perspectives in your school.

Strategies at this level summarize student experiences to gain a better understanding of the collective. While these strategies highlight some aspects of student experiences, they don’t include nuance. They typically don’t empower students to lead or participate in the change effort.

We love a survey around here. We have an entire application dedicated to administering them. Asking students to take a School Climate Survey isn’t a bad move. It gives you a big picture of students experiences and a way to measure improvement over time. Surveys are a good starting point. They give you data.

Student behavior is a form of communication. Certainly, if a student throws a pencil before every math quiz or tells an endless stream of fart jokes during independent reading, those behaviors tell you something about what they think of those tasks. Collecting student behavior data is one way to understand student perspectives and help you take your best guess at why a student does what they do. To know for sure requires more engagement.

Research shows again and again that efforts at this collaborative level lead to improvements in curriculum, classroom practices, and student-teacher relationships.

Strategies at this level encourage open dialogue and hearing directly from students about their experiences. While adults take student perspectives under consideration when making decisions, students are not involved in the decision-making process at this level.

An easy way to move up from using students as data sources is to schedule a post-survey focus group. The group must be as diverse as your school (multiple grade levels represented, students who excel academically, students who have a harder time, students of color, students across multiple gender identities and sexual orientation, etc).

For the conversation to be useful, you must create a safe space for students to share openly and honestly without fear of negative repercussions. In a space like that, you’ll hear important stories. During one study, researchers spoke with Alejandro, an 18-year-old student who had stopped going to school.[6] They asked him a simple question, “How does the education here at your high school make you feel?” Alejandro responded with a rap he wrote:

Wanna wait, but I’m dreamin’
weeks pass my thoughts, but I’m schemin’
of completing great achievements,
and with all my unforeseen demons,
trying to deal with what I’m given, so now just look at me singin’,
look, I don’t care,
I ain’t worried,
but in reality, I’m hurtin’,
living’s becoming a burden…
I’m stressed out, I’m agitated,
the life I lead’s complicated,
what’s up ahead there’s no tellin’,
can you direct where I’m headin’?

The first question on the Tiered Fidelity Inventory (TFI) asks about your team composition. To score a two, your team must have representation from every role described…including students. There are two ways to include students on your school-wide team:

We’ve come to the midway point on our continuum. At this level, students and adults work together to create change in their school. These strategies embody the goal of partnering with students rather than enacting change for students. Research shows again and again that efforts at this collaborative level lead to improvements in curriculum, classroom practices, and student-teacher relationships.[7] In addition to adding students as full team members on your school-wide team, here are some other mid-level strategies.

Typically, conferences include at least one family member sitting down to talk with their student’s teacher about their progress in class so far. Student-led conferences invite the student into the conversation. Students share a portfolio of their work, describe how they think they’re doing in class, and share the academic and behavioral challenges they’ve had. The process encourages students to engage in their own education and positions them as equals in creating a plan aligned with their priorities, too.

This strategy comes out of Dr. Christopher Emdin’s book, For White Folks Who Teach in the Hood…and the Rest of Y’all Too. A cogenerative dialogue (cogen) is an open conversation between a group of students and their teacher where everyone gets the space to share their perspectives and ultimately change the way the classroom looks and feels. Students offer their teacher feedback, collaboratively plan upcoming units, and even teach individual lessons. A cogen would be the perfect place to talk about setting classroom expectations, establishing a system for rewards, and talking about what consequences look like in the classroom. (Check out our Teach by Design article for a deeper dive into the practice.)

At this level, strategies go beyond partnering with students by letting them pave the way. Here, you turn over responsibility to your students and give them the lead on some aspect of an initiative. The work happening at this level requires a shift in the traditional hierarchy present in most schools by positioning students in decision-making roles.

Advisory committees are a great way to connect student leaders with school administrators by giving them authority over a given issue affecting the school. We found two examples from research demonstrating how these committees can work in action.[8] Both examples show how advisory committees even have the potential to shift conversations toward solving larger problems in collaboration with school leadership.

The Hillside Unity of Youth student committee used survey results to address an issue students wanted to see addressed: cleaner bathrooms. They asked students what was it that they needed and what they wanted the principal and staff to do about it. The more time the group spent problem solving the bathrooms, the more they felt the issue was just one example of the larger inequities they experienced. The group was given authority over cleaning up the bathroom and that led to larger discussions with administrators over addressing deeper inequities within the building.

At Highland High, a student committee called the Free Enterprise Group decided to tackle the school’s 72% truancy rate. The school had an open campus policy allowing students to leave for lunch, but the group found out students weren’t coming back. So, instead of asking students to leave school to eat at local restaurants, the group wondered what would happen if they brought the local restaurants to the students. They invited a local restaurant to offer a hot meal option at the school during lunchtime. The program was a major success! By bringing local businesses into the school, the group was able to increase student attendance, the restaurants increased their lunchtime sales, and the school “extended its focus from school-based concerns to thinking more deeply about the root causes of economic conditions in their neighborhood and the consequences of poor nutrition among their peers.”

There isn’t one way to include student voice in your implementation. The goal is to start somewhere. Maybe you start at the minimum level by surveying everyone to get a general perspective of where to focus your attention. Then, assemble a group of students representing your student body and talk to them about those survey results. What do they see when they look at the data? What stories can they tell to corroborate or counter the results? Consider what it would look like to add a student member to your school-wide team. Making your way through the continuum, your students will see your commitment to action based on their feedback. Who knows what possibilities you’ll find when you open yourself up to including students in the decisions affecting their educational experience.

[8] Mitra, D. L. (2006). Student Voice or Empowerment? Examining the Role of School-based Youth-adult Partnerships as an Avenue Toward Focusing on Social Justice, 10 (22). IEJLL: International Electronic Journal for Leadership in Learning, 10.